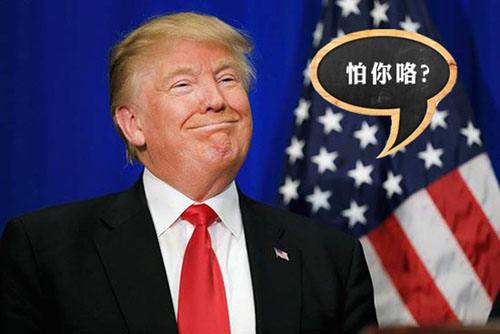 Why did Trump flip flop on Yellen? She may be the dove he needs, analysts say

Federal Reserve Chairwoman Janet Yellen is the dove that President Donald Trump needs to achieve his economic goals, central bank experts said Wednesday as they contemplated the apparent reversal in his stance.
In an interview with the Wall Street Journal, Trump said he had respect for Yellen and said she was “not toast” when her term helming the central bank ends next year.

“I do like a low-interest rate policy, I have to be honest with you,” Trump said in the interview.

That’s not what Trump said last year: “I have nothing against Janet Yellen whatsoever, she’s very capable person. But she’s not a Republican,” Trump said. “When her time is up I would most likely replace because of the fact it would be appropriate.”

Economists said Trump’s ambitious goals for tax reform and infrastructure spending could provide a strong does of fiscal stimulus. The economy is already growing about as fast as it can without sparking inflation.

So having a hawk on the Fed might lead to rapid rate hikes. But Yellen has shown over the past four years that she favors a gradual approach and might take a more wait-and-see attitude.

One way around a collision between the Fed and the Trump White House is to have “a relatively accommodative Federal Reserve,” and Yellen is probably “the most market friendly person to deliver that,” Reinhart said.

“People appreciate that Yellen’s dovishness is situational. She is not one to do anything to ultimately threaten the Fed’s pursuit of 2% inflation,” he said.

Krishna Guha, vice chairman of Evercore ISI, said it was still unlikely that Trump will end up offering Yellen a second term.

Trump will just avoid appointing “outright hawks” to the Fed board of governors, he said.

In an interview with MarketWatch last month, Sarah Binder, a professor of political science at George Washington University, said Trump was, at heart, a low-interest-rate guy, despite the comments in the campaign. Trump used just those words in the interview published Wednesday.

Reinhart said the biggest hurdle to a second term for Yellen would be the reaction from Senate Republicans, many of whom favor having the Fed follow a simple policy rule.

Guha said it might be hard for Trump to find a new Fed chief who favors following a rule but isn’t hawkish.

“This is because most conventional policy rules...already call for a materially more hawkish path for rates than the Fed currently indicates is likely to be warranted,” he said in a note to clients.

Jim Glassman, chief economist for commercial banking at J.P. Morgan Chase, said that there is a lot of respect for Yellen in financial markets and continuity would be “worth a lot.”

No matter what, Trump’s comments have completely changed the contest to be the next Fed chief, Reinhart said.

“Now every candidate is going to be compared with how dovish they will be relative to Yellen,” he said.

Guha said this raises the risk for the bond market that Trump’s nominations to the Fed may not be hawkish or independent enough.