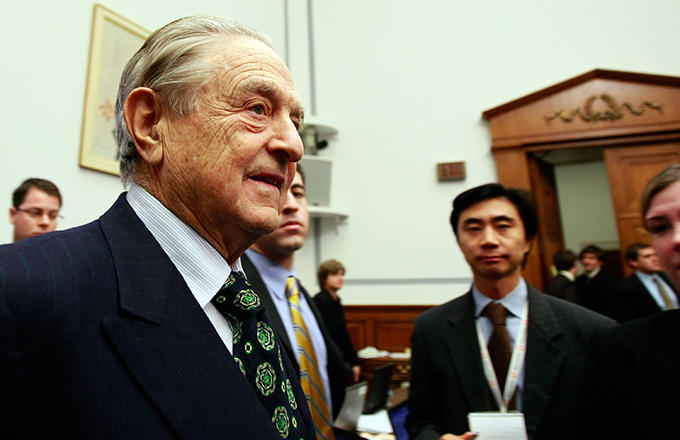 George Soros has made a number of impressive investments and trades over the years. He is one of the most famous investors in the financial community and is known for making massive currency bets on a global economic scale. It is believed he made up to $1 billion in a single day on a trade where he shorted the British pound.

Soros lived in Hungary during World War II, eventually emigrating to England to study at the London School of Economics. He later moved to New York City. Eventually, he formed Soros Fund Management, which became the Quantum Fund, a prominent hedge fund. By 2013, it was estimated the fund had generated $40 billion since its inception. The following are three of his largest currency trades.

Bet Against the Pound

Soros’ bet against the British pound has been called one of the greatest currency trades of all time. Britain joined the European Exchange Rate Mechanism, or ERM, in 1991 during a period of high inflation and low interest rates. As part of that agreement, Britain agreed to keep the pound within a certain band in relation to the German mark. Soros recognized the pound was overvalued versus the German mark. It was trading on the lower end of the agreed-upon range with the mark. Britain was forced to keep raising interest rates to attract buyers for its currency.

During the summer of 1992, Soros began building a short position in sterling. According to his colleagues, he carried a $1.5 billion short position for most of the summer. The British government defended the pound by raising interest rates more and more. The government soon realized it would pay out massive amounts of money to defend the pound. German officials also made public statements that realignment within the ERM might be possible in mid-September.

In response to these comments by German officials, Soros decided to massively increase the size of his bet. He went from a $1.5 billion position to a massive $10 billion in the middle of September. He knew the pound was at the lower end of the range with the mark. The British government was having trouble keeping it propped up. Either the pound stayed relatively stable, in which case Soros and his investors would lose a little money, or the alternative was their bet would pay off. Thus, this was a low-risk, high-opportunity trade.

The British government was forced to abandon the ERM and begin allowing its currency to float freely on the evening of Sept. 16, 1992. The next day the pound fell 15% versus the German mark and 25% against the U.S. dollar. It is estimated Soros made around $1 billion on the trade.

Bet Against the Baht

Soros also allegedly made a made a massive bet against the baht during the Asian financial crisis in 1997. The Malaysian Prime Minister accused Soros of attacking Southeast Asian currencies, making a number of anti-Semitic comments against him. Soros later clarified he had sold those Asian currencies short early in 1997, months before the crisis. During the crisis that fall, Soros was actually a buyer of currencies to book profits on his previously made contracts to deliver large amounts of the currencies.

Bet Against the Yen

More recently, Soros made another large bet against the yen in 2013 and 2014. These bets once again netted Soros around $1 billion. Soros knew the Japanese Prime Minister Shinzo Abe was engaging in extensive monetary easing to jump start Japan’s stagnant economy. These economic policies are known as Abenomics.